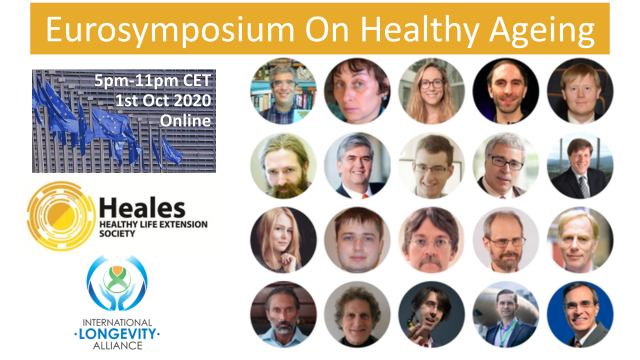 “You’re looking good”, we sometimes say, when meeting someone and hearing how old they are. “Fifty two years old, eh? You don’t look a day over forty two!”

On other occasions, we might whisper quietly to a colleague about a mutual friend: they’re looking the worse for wear these days. And we might wonder whether to broach the subject with that friend.

Of course, estimates of someone’s state of health are sometimes based on data that is more objective than how that person happens to look at a particular moment. We can pay attention to data such as BMI (body mass index), cholesterol levels, blood pressure, and so on. But we understand that someone’s health is influenced by a vast number of factors, not just the few that I’ve just mentioned. It’s complicated.

Assuming the resulting “biomarker of aging” was reliable, it would provide in effect an indication of how likely someone is to become ill and die in the next twelve months – something that is called their “mortality”. As a reminder, our mortality tends to increase exponentially from around the chronological age of 10 onwards. Every eight additional years that we live, our mortality doubles. But it varies from person to person: so-called superagers have a mortality significantly lower, for a given chronological age, than their non-superager neighbours. Hence the interest in a more precise measurement of effective biological age.

Would the availability of such a measurement be a good or a bad thing?

One positive outcome could be quicker feedback about the effectiveness of supposed anti-aging therapies. Clinicians would be able to determine, not just whether a treatment left patients looking younger or feeling younger, but whether they were in some significant sense actually younger.

You can surely think of all kinds of drawbacks with this proposal. I won’t go into these here and now. What I will say, however, is that the subject of biomarkers of aging is the key theme of this year’s Eurosymposium On Healthy Ageing which is taking place this Thursday, 1st October (“Longevity Day”).

This event – EHA2020 for short – is part of a series that take place in Brussels every two years. Except that, this time, it’s happening entirely online.

Here’s the schedule for the different talks and panels taking place (all times listed are UK times):

I really like the fact that this conference will focus on the particular topic of biomarkers. The speakers include world-renowned researchers into that topic. It’s a great opportunity to hear at first hand their latest findings on these issues.

There’s no charge to register or attend, but you need to register in advance, by clicking here.

2.) Anticipating the next Black Death?

Even people in the best of health will find themselves in real peril if a deadly new infectious disease strikes society.

In some cases, such as Covid-19, a disease tends to impact people with the same statistical distribution as the usual age-related diseases: the greater their chronological age, the bigger the risk (on an exponential scale) of them dying from the disease.

In other cases, such as the 1918-1920 H1N1 flu (sometimes called “Spanish Flu”), the disease seems to strike down younger people as readily as older ones.

What are the prospects of a new disease with that latter type – sometimes called “a new Black Death”?

That’s one of the questions explored in the recent new book by journalist Debora MacKenzie, “COVID-19: The Pandemic that Never Should Have Happened, and How to Stop the Next One”.

Debora has been covering emerging diseases for more than 30 years as a science journalist at the New Scientist and elsewhere. She has been reporting on Covid-19 from the start, and she was among the first journalists to suggest that it could become a pandemic. From SARS to rabies and Ebola to AIDS, she has been on the frontline throughout her career in reporting on how pandemics form, why they spread, and how to stop them.

I thought I already knew a lot about Covid-19, and the various pandemics and not-quite-pandemics that had preceded it, but I actually learned a great deal more from Debora’s book. It was a fascinating read – especially in its comments about society’s continuing ill-preparedness for possible future pandemics.

It’s therefore great news that Debora will be speaking at a forthcoming London Futurists event, taking place on 7th November. Click here for more details and to register.

I hope to be able to announce a few other forthcoming online London Futurists events shortly. Watch this space!