Dear London Futurists – I’ve got three announcements to share with you.

It’s my a pleasure to announce that London Futurists are supporting a prize contest run by TheatreCloud and the Touring Consortium Theatre Company – the companies behind the forthcoming major new theatre adaptation of Aldous Huxley’s future-shock literary classic Brave New World.

All members of London Futurists are eligible to enter this contest. You can find the details below.

Additionally, a small number of London Futurists are welcome to join me on the judging team. Please let me know if you are interested.

The following details of the contest are taken from http://theatrecloud.com/iPredict:

Aldous Huxley set Brave New World in London 2540. What do you think the future holds, for London and the rest of the world – in five, fifteen or fifty years, let alone 500 years? Are you optimistic or pessimistic about the future? We want to hear your predictions…

Here’s what you need to do to enter:

Film a short video (no more than 3-5 minutes) explaining your predictions. You don’t need to do anything fancy. Just speak straight to camera – using your smartphone, iPad, desktop, whatever equipment you have – and tell us what you think.

Need some prompts to get you pondering and predicting? How about these… In five, fifty, five hundred years’ time, what it will be like to:

Once you’ve filmed your prediction, upload your video to YouTube (or similar), making note of the video URL link.

Add your submission via this page, including a title and short description along with the video URL.

Here’s how the videos will be judged:

We’ll also invite futurist experts – including David Wood, chair of the London Futurists Forum, whose forecasts you may want to check out for inspiration – to give their feedback on which predictions are the most likely and most compellingly argued.

At the end of the tour in December 2015, all of these shortlisted submissions will be published in our YouTube “I Predict” finals playlist for audience favouriting, commenting and sharing to determine the competitions biggest Video Stars.

Here’s what entrants will receive for taking part:

As a thank you just for taking part, everyone who submits a video will receive a special discount code, so that you can catch Brave New World when it comes to your local theatre this autumn for an absolute snip at just £10. (We want everyone to see this show!)

One area of technology which stirs up a lot of conflicting feeling is GM (Genetically Modified) food. Some people view it as an important improvement for agriculture, which will help avoid food shortages around the world. Others view it as a kind of Frankenstein technology (or, to use a different metaphor, a Brave New World technology) which risks dangerous side effects.

The Scottish Nationalist Party recently announced they are banning the use of GM crops in Scotland. This prompted the recently formed Transhumanist Party in the UK to issue their first ever press release.

Since several London Futurists have been asking me “Whatever happened to the Transhumanist Party?”, I’ll take the opportunity to share their press release here. You can find the original at https://transhumanistparty.wordpress.com/2015/08/11/press-no-to-blanket-bans-on-genetically-modified-crops/. 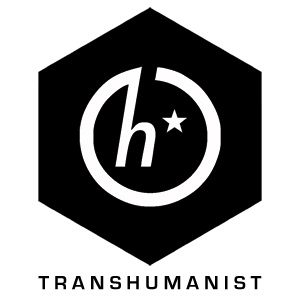 NO TO BLANKET BANS ON GENETICALLY MODIFIED CROPS

The recent announcement by MSP Richard Lochhead to ban the growing of Genetically Modified crops in Scotland is short-sighted. By banning GM crop growing Scotland is announcing its intention to rely solely on outdated, cumbersome and increasingly non-competitive “natural” methods. Indeed, this ban will more than likely increase the potential for negative impact on the very industries we wish to preserve, making the very “gamble” that Mr Lochhead says he wishes to avoid.

In an age of accelerating technological progress, this announcement appears to be anti-science and thus anti-progress, which may have far-reaching effects beyond the Scottish border. It announces to the world that Britain is insular and unable to compete, converse or engage in this area, when biotechnology research is arguably one of the UK’s greatest assets. There is no scientific evidence to support the assertion that GM crop production has a negative impact on the environment or human health, so this announcement has no basis in fact and panders only to anti-technology extremists.

Climate change is another factor we should consider, having an impact that is not yet fully understood, and GM crops have the potential to vouchsafe the future of food production in Britain, by allowing us to control the evolution of crops in response to radical changes in climate before they occur.

We acknowledge that sometimes the business of trading in GM crops is not approached ethically (e.g. encouraging reliance on a few large companies for seed every season), so greater and more carefully considered regulation of GM crop business is warranted. The use of these technologies should be judged on a case by case basis however, rather than simply banned altogether.

Party leader Amon Twyman says, “The Transhumanist Party fully supports well-regulated GM crop production, and the progress being made in the biotechnology industries to provide Great Britain with methods of sustainable agriculture. We call for Mr Lochhead to reassess the Scottish position on GM crops after a balanced review of the scientific evidence.”

Long-time readers of London Futurists newsletters will know that I would like in due course to help set up a freely accessible online academy (or university) covering futurist and transhumanist topics in a way that is objective, clear, reliable, and informative.

An important stepping stone towards that goal is the wiki known as H+Pedia. All London Futurists are hereby invited to take a look at http://hpluspedia.org/ and consider participating in it.

As you’ll see, the site currently has around 20 draft articles, of which only a small number are relatively complete (e.g. http://hpluspedia.org/index.php?title=Transhumanism). Additionally, there are well over a hundred “red links” to articles that arguably ought to be written, but haven’t yet been started. There’s plenty of scope for improvement!

I hope that some of you will find places where you can enjoy:

Note that the best place to discuss the content of individual H+Pedia articles is probably on the corresponding “Discussion” (“Talk”) pages online.

Nearly all pages on the site are currently open to being edited by anyone who finds them (and registers an account for themselves). I recognise the risk of anarchy, but am loath to apply any heavy hand of restricted access control. Let’s see how the project develops.

(Some people have told me they have received error messages while trying to confirm their identities when setting up their accounts – some of the emails sent by the MediaWiki software seem to have internal timestamp problems. In case this happens to you, please try again – the following day, if need be.)