Several people have replied to my previous newsletter, drawing my attention to important events and projects that I didn’t want to delay before sharing more widely…

1.) Computers and the brain – Lovelace Lecture at the BCS

The 2015 lecture will be delivered by Professor Steve Furber CBE FRS FREng, University of Manchester. The lecture will take place on 19 March 2015 at The Royal Society in London. This evening event will also feature contributions from Prof Furber’s colleagues past and present, including Simon Segars, CEO of ARM, Andy Hopper CBE FRS FREng FIET, Professor of Computer Technology at the University of Cambridge and Carole Goble CBE FREng FBCS CITP, Professor of Computer Science at the University of Manchester.

Just two years after the world’s first stored program ran its first program at Manchester in 1948, Alan Turing published his seminal paper on “Computing Machinery and Intelligence”. The paper opens with the words: I propose to consider the question, “Can machines think?”. Turing then goes on to explore this question through what he calls “The Imitation Game”, but which subsequent generations simply call “The Turing Test”.

Despite spectacular progress in the performance and efficiency of machines since Turing’s time, we have yet to see any convincing demonstration of a machine that can pass his test. This would have surprised Turing – he believed that all that would be required was more memory. Although cognitive systems are beginning to display impressive environmental awareness, they do not come close to the sort of “thinking” that Turing had in mind.

My take on the problems with true artificial intelligence are that we still really haven’t worked out what natural intelligence is. Until we do, all discussion of machine intelligence and “the singularity” are specious.

Based on this view, we need to return to the source of natural intelligence, the human brain. The SpiNNaker project has been 15 years in conception and 8 years in construction, but is now ready to contribute to the growing global community (exemplified by the EU Human Brain Project) that is aiming to deploy the vast computing resources now available to us to accelerate our understanding of the brain, with the ultimate goal of understanding the information processing principles at work in natural intelligence.

Editor’s note: I applaud the EU Human Brain Project and other research into the working of the human brain. However, I consider it an ill-informed view (even though it is expressed by an eminent professor) that the concept of a singularity needn’t be seriously investigated until we understand the human brain better. Supercharged robotic intelligence can pose huge threats to humanity even without that intelligence featuring all the same concepts as human intelligence. So I am expecting a vibrant discussion!

2.) “Science fiction and human enhancement” at the LSE

Utopian and dystopian visions of technologically manipulated and enhanced human beings have always been central characteristics of science fiction film and literature. Sometimes celebrated, sometimes feared, these depictions have articulated anxieties of the day and tackled philosophical, ethical and social questions about possible futures. Can we look to science fiction as a guide to navigating the challenges posed by human enhancement technologies? How has this literary and cinematic genre prefigured and imagined some of the questions we may have to face?

Adam Roberts (@arrroberts) is Professor of Nineteenth Century Literature at Royal Holloway, University of London and the author of twelve science fiction novels including Bête.

Anders Sandberg (@anderssandberg) is James Martin Research Fellow at the Future of Humanity Institute at the University of Oxford.

Imre Bard (@ibard) is a PhD student in Social Research Methods at LSE, working on the NERRI project.

NERRI (Neuro-Enhancement: Responsible Research and Innovation) (@NERRI_eu) is a three-year project supported by the European Commission under the 7th Framework Programme which aims to contribute to the introduction of Responsible Research and Innovation (RRI) in neuro-enhancement (NE) in the European Area and to shape a normative framework underpinning the governance of neuro-enhancement technologies.

3.) The Future of Welfare Programmes

At London Futurists at Birkbeck tomorrow (14th Feb) we’re holding our own event looking at one possible vision for the future of welfare programmes – “The case for Universal Basic Income”. The RSVP ‘Yes’ count has risen to 106 at the time of writing, and there have been 56 comments in some ding-dong pre-event debates online.

The last time I asked Zoltan Istvan, the leader of the US Transhumanist Party (their candidate for the US presidency in 2016), about his thoughts on UBI, he said he needed more time to make up his mind about it. But I see that, today, Zoltan has published an article on Motherboard in which he makes a lot of positive comments about UBI. The article is entitled “The New American Dream? Let the Robots Take Our Jobs”. Here’s a short extract:

The near-term socioeconomic forecasts are pretty startling when you look closely at them. The Washington Post recently ran an essay pointing out that 3.5 million truck drivers are poised to lose their jobs when the trucking industry becomes driverless (which could start happening in about five years, I believe). The trucking industry is just one of hundreds of sectors that could become significantly automated within a decade.

For example, Business Insider recently shared footage of a robot doing the work of a food server in China—the restaurant owner bought the robot for a mere $13,000. Home improvement giant Lowes already has robots on some of its floors. Some hotel check-ins are now automated too, eliminating the need for receptionists. Few if any jobs, including those of journalists, lawyers, doctors, and politicians, are totally protected from automation anymore.

Like many other people, you’re probably asking yourself: How can this possibly be a good thing? The simple answer is: It will be a good thing only if we make it one. To begin with, there’s no point in pretending society can avoid a future Universal Basic Income(UBI)—one that meets basic living standards—of some sort in America and around the world if robots or software take most of the jobs. Income redistribution via taxes, increased welfare, or a mass guaranteed basic income plan will occur in some form, or there will be mass revolutions that could end in a dystopian civilization—leading essentially to what experts call a societal collapse.

But not everyone is ready to reach such a radical conclusion. At the LSE on Tuesday, 17th Feb, a group of academics will be discussing the question “Are Welfare Programmes Just Keeping People Out of Work?”

Dr Landais will examine the latest research into the best ways of determining the optimal level of welfare provision and social insurance in developed economies.

Camille Landais is a member of the faculty of the LSE Department of Economics, and an Associate on the Public Economics Programme at STICERD.

Wouter Den Haan is Professor of Economics and Co-Director of the Centre for Macroeconomics.

Editor’s note: I’m looking forward to finding out if there’s any overlap between these ideas of “the optimal level of welfare provision” and the ideas raised at our own London Futurists event tomorrow. 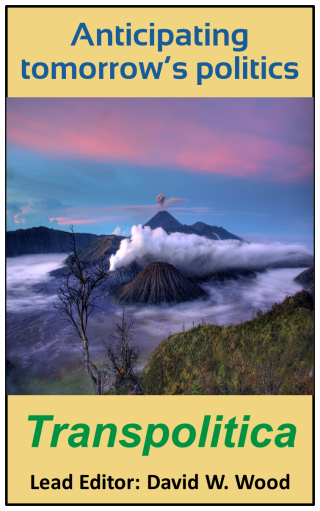 If you’re interested in contributing a chapter to this book, you’ll have to move fast: the deadline for the complete text of chapter submissions is the end of February.

5.) Invitation to contribute to a new book on Futurist thinking

Whereas the Transpolitica book is focused on the future of politics (and the politics of achieving a better future), there’s another book in planning that addresses a wider set of ideas in Futurism. It’s a project of Rohit Talwar of Fast Future. The following description is by Rohit:

I am writing to invite members of London Futurists to submit a chapter proposal for a new business book on future thinking that we are launching. We will be sharing the profits of each publication with the contributors in a collaborative publishing model.

Fast Future is launching a regular series of business books profiling the latest thinking of established and emerging futurists, foresight researchers and future thinkers from around the world. The books will be published in both print and digital format. The first publication is due for release at the start of June 2015 and the second at the end of November 2015. I will act as curator and editor for each publication. I have summarised the details of the project below. If you have any questions please feel free to contact the Project Manager Steve Wells (steve.wells@informingchoices.com) or myself (rohit@fastfuture.com).

If you would like to take part then please go to https://www.surveymonkey.com/s/FutureShape  to provide a 2-3 line synopsis of your proposed contribution and your contact information.

To be considered for inclusion in the first book please submit your synopsis by February 23rd 2015. We’ll respond by February 27th. The first draft will then be required by March 20th and the final draft by April 14th.

This can be on any futures related topic of your choice. Here are some key points that we are sharing with all potential contributors to bear in mind when framing your thinking:

We intend to sell the books online via a dedicated website and via channels such as Amazon. We will also work with distributors with the aim of getting the books into relevant retail channels.  The aim is to support the launch of each book with PR, announcements via various relevant mailing lists and an active social media campaign.

This entry was posted in Newsletter and tagged London Futurists, newsletter. Bookmark the permalink.