The future might arrive by accident, as humanity runs on auto-pilot into whatever happens next. Given the many ugly forces lurking within society, that “Russian roulette” approach to the future is one fraught with risk.

A better approach is to think hard about future possibilities, ahead of time. Let’s explore the set of credible forthcoming scenarios, to figure out which of them provide the best options for human flourishing. In this way, we’ll become better placed to steer the evolution of society in positive directions.

This view of creating the future emphasises the huge potential power of human thinking. Ideas matter. Vision matters. Consciousness matters – not just for the inner life it provides us, but for the impact it can have on the world around us.

The most distinctive and empowering capacity of the human mind is to be able to consciously imagine, think about, and intentionally pursue preferable futures. Our unique conscious minds, reflecting and amplifying nature’s vast and pervasive evolutionary process, have achieved an evolution in evolution—a jump to purposeful evolution—through future consciousness.

Use it or lose it. In his recent new book, “Future Consciousness”, Tom has outlined what he calls a “path to purposeful evolution”: through the heightening of future consciousness, we can flourish in the flow of evolution and create a good future for ourselves, human society, and the planet.

Tom will be speaking at London Futurists this Saturday (7th October). He has a richly fascinating background. Among many other roles and responsibilities, he’s the Managing Editor of the online journal Wisdom and the Future, and Professor Emeritus and retired Faculty Chair of Psychology, Philosophy, and the Future at Rio Salado College, Tempe, Arizona. He’s a Fellow of the World Futures Studies Federation, a special honour given to members who have made a globally recognized, significant and original contribution to futures studies—an award given to only fifty futurists worldwide over the last fifty years.

Tom has published seven books and over fifty articles, and given an equal number of national and international presentations, covering such diverse topics as the future of education; utopian and dystopian futurist thought; wisdom and character virtues; the history of science fiction; the future evolution of the conscious mind; the “wise cyborg”; contemporary theories of the future; and how to heighten our future consciousness.

For more details of Saturday’s event, and to RSVP to attend, click here.

The subject of AI (Artificial Intelligence) has featured regularly in London Futurists events ever since our formation in March 2008. Public interest in AI has been fast increasing throughout that time.

With good reason, companies from every industry are trying to update their understanding of the subject.

To help companies to benefit from the recent unprecedented progress in AI technologies, and sort out the AI reality from the AI hype, London Futurists is pleased to partner with the event AI Europe 2017 which will be taking place at the Queen Elizabeth II Conference Centre in Westminster, London, on 20-21 November.

As you can see from the conference website, topics covered at the event include:

There’s an impressive range of speakers, as well as workshops, technology showcases, and exhibitions. There will also be the opportunity to network with around 2,000 attendees, including leading business strategists, decision-makers, leading practitioners, IT providers and start-up entrepreneurs.

To register to attend the workshops and exhibitions, free of charge, click here.

To sign up for the full experience, you can use the discount code AIE17-LONDON-FUTURISTS. Or click here. Either way, you’ll receive 30% off the standard price.

I look forward to seeing many of you there!

As an extension of transforming working conditions (see news item 2 above), AI has the potential to make large numbers of people redundant, in what is called “technological unemployment”.

That’s what I’ll be speaking about at an event in Imperial College on Tuesday evening (10th October). The event is organised by the IC Beyond Society. It will take place in Huxley 130, Imperial College London, starting from 6:30pm. There’s no charge to attend. Students of all ages are welcome to join the meeting – from the school of life as well as from Imperial College! 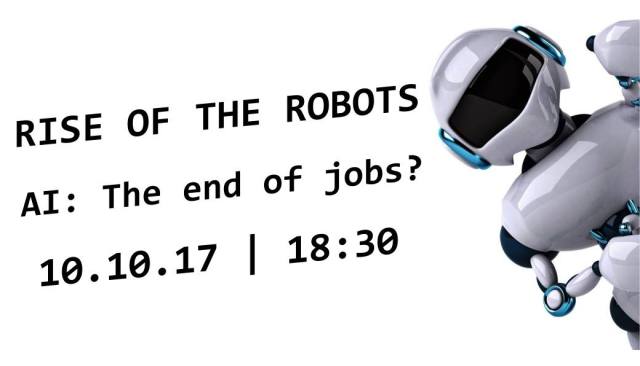 Topics I’ll be covering include:

As an extension of the threat of technological unemployment (see news item 3 above), AI has the potential to destroy humanity altogether – according to at least some well-known thinkers.

It’s a controversial topic, which has provoked some fierce exchange of ideas. For example, tech titans Elon Musk and Mark Zuckerberg have taken opposing views over the dangers posed by the accelerating development of AI. 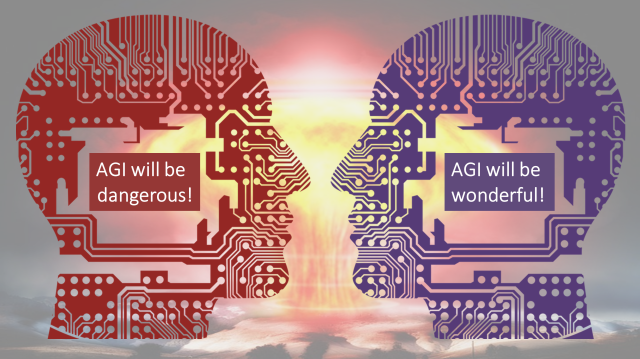 I’ve been tracking the precursors of this debate since I first came across the notion of the Singularity some time around 2004. Events organiser Funzing have asked me to share my assessment of the ideas involved. We set up an event for 7th November, which quickly became fully booked (the venue has space for an audience of 125). Funzing have accordingly arranged a second date, on 6th November.

Topics I’ll be covering include:

Both events will be in Sink Pong in Shoreditch. Tickets to this talk include 1 x small beer / wine or soft drink.

Note that RSVPing on the meetup site in this case won’t provide access to the event. For that, you need to visit the Funzing event page.

Did I mention that AI might change the world?

I recently finished reading the new book by physicist and polymath Max Tegmark from MIT. It’s called “Life 3.0: Being Human in the Age of Artificial Intelligence”. Since then, I’ve been avidly recommending it to people, any time the topic of the future of AI has arisen.

(Aside: I often also recommend Max’s previous book, “Our Mathematical Universe: My quest for the ultimate nature of reality”. Both books are marvellous work-outs for the mind.)

Here’s what Max has said about his reasons for writing Life 3.0:

I’m fascinated by AI and the the future of life. There’s been much talk about AI disrupting the job market and enabling new weapons, but very few scientists talk seriously about the elephant in the room: what will happen once machines outsmart us at all tasks? That’s why I wrote this book, to help you join the most important conversation of our time.

The good news for Londoners is that Max will be speaking about themes from his book at the Emmanuel Centre in Westminster, London, on the evening of Monday 30th October. For more information and to book tickets, click here.

Hyesoon and I will be in the audience, listening carefully!

Note: Max is one of the co-founders of the Future of Life Institute. The website of that organisation contains a wealth of important resources.

You’re probably thinking that there are big implications for politics from the pace of introduction of new technology (including AI, but also biotech, nanotech, and brain-hacking). You would be right!

The Fourth Group are holding an inaugural summit on Saturday 4th November, entitled “A new politics for the fourth industrial revolution”.

The Future of Politics Summit is The Fourth Group‘s first global gathering to discuss the future of politics worldwide, in the context of the fourth industrial revolution. We’ll specifically cover the intersection between politics and technology, and hear from thought-leaders and practitioners. Our aim is to understand the major political challenges and opportunities caused by the fourth industrial revolution, and how we must respond as global citizens.

The website lists 18 confirmed speakers (I’m one of them). Ticket prices rise on the 10th October, so don’t delay if you are thinking of registering.

For an introduction to the work of the Fourth Group, here’s the video recording of their founder and CEO, Alvin Carpio, speaking at the recent London Futurists event Agenda for the Future:

Regular readers of London Futurists newsletters will know that I am writing down my own thoughts about the future of politics in a forthcoming new book, “Transcending Politics: A Technoprogressive Roadmap to a Comprehensively Better Future”. 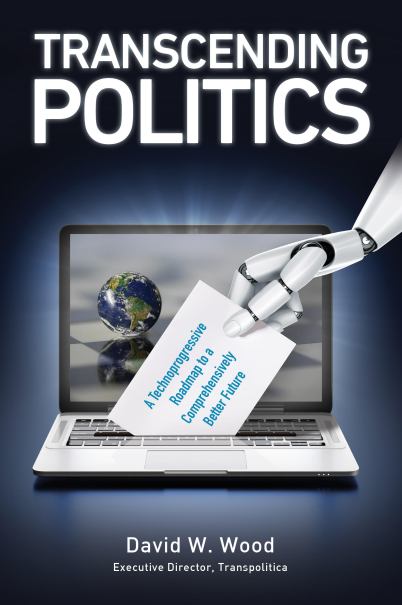 I’m releasing drafts of the various chapters online when I think they’re ready for feedback. I’m doing this, in the hope that the content will be improved by feedback. Comments are particularly welcome where they point out mistakes, pieces of text where the meaning is unclear, or key considerations that I seem to have neglected.

Earlier this week I released the 10th of the planned 13 chapters. The chapters so far released are:

(The links in each case go to a Google Doc with the draft chapter. For a fuller listing of the table of contents, with more information about what’s in each chapter, see here.)

That leaves three more chapters still in the process of being drafted:

All being well, I should have the book completed by Christmas. The sooner, the better, especially since the pace of change in politics means that some of the content in my earlier chapters is already outdated!