1.) Collaboration between futurists and theatre?

Are you interested in working with writers/dramatists/musicians, to help give theatrical expression to your ideas on futurist topics?

I’m forwarding a note from Susan Gray, who is the Artistic Director of a new Theatre company, Stars or Mars Theatre. 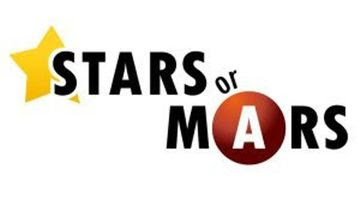 Stars or Mars Theatre aims to stage glimpses of the future through theatre and online platforms. I found out about the London Futurists through Brian Hall, who came to our April conference of Stage the Future. 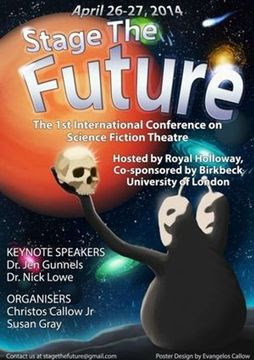 I’ve been looking into collaborating with writers, dramatists, musicians and futurists in order to create this platform where we can make sense of what is happening and what could happen in our lives. I’m a second year PhD student at RHUL, researching and writing Science Fiction and Theatre and the movement is growing continuously. I think this could be the start of articulating social and technological change in a way that film fails – in theatre, everyone is involved and present in the action.

What I would love is that anyone interested from London Futurists could join with a writer/dramatist/musician (whether singular and plural) to create these works that could be presented in showcases throughout the year. I’m currently looking at the Centre for Creative Collaboration at Kings Cross in order to do this.

Note that the venue for this event has changed to: Postshift, 4 Wellesley Terrace, London, N1 7NA. The event now also has its own Eventbrite page to facilitate pre-registration.

The venue for this event will be finalised in the next few days. It will either be a lecture room in UCL, Malet Street, or a location close to Camden Town / Mornington Crescent.

By a stroke of good fortune, I was able to take part in a similar event with Jerome Glenn in Palo Alto in Silicon Valley a few evenings ago. Jerome’s slides provoked lots of interest among the futurists present from the Silicon Valley node of the Millennium Project. The chair for the event had an unenviable job of having to curtail a rich discussion that could easily have continued for many more hours.

This event also looks like a jamboree gathering, with the Elixir Bar being in risk of doing some seriously good trade in view of the size of the likely turnout. My recommendation is to aim to arrive early.

3.) Is Bitcoin more than a currency?

This event by Cybersalon on June 24th has caught my eye:

Is Bitcoin in fact the most disruptive technology since the Internet itself?

Is the real innovation its ‘Blockchain’ technology which can be used to build a completely new way of interacting online?

Will Bitcoin provide the basis for the next generation of apps?

Advocates argue that Bitcoin has the capacity to address not simply money issuance but other crucial questions of trust, financial privacy, transparency and freedom of expression.

Critics claim that it is only used for money laundering, gambling and drug dealing. They also point to its wild volatility as evidence that it functions as a poor store of value that will make economic activity ultimately less productive.

At this Cybersalon we will be asking:

1. Is Bitcoin likely to form the basis of the new Internet of Money and Trust?

2. What is ‘Blockchain’ technology and how are new apps using it?

3. What is Bitcoin teaching us about global consensus, decentralisation and open source technologies?

Note that Cybersalon also have an event this Tuesday, May 27th: “Will we be as smart as our cities”:

How can we outfox our Smart Cities?

Smart cities tend to be described as top down creations where governments can monitor and surveil, leading in theory to greater efficiency of resources.

How can we take back our urban environments and make data work for us, innovating with respect for privacy, collaborating for fun and work, and enjoying the City on our terms?

This Cybersalon will discuss what we want our cities to become and how we can get involved with them to create the environments we seek.

I’ve often been asked what plans there are to produce video recordings of more London Futurists events. I’m open to the idea of obtaining a small hand-operated video camera that might be set up at the back of the room to record proceedings with minimal human supervision. If anyone has recommendations on relatively inexpensive cameras that can capture good quality video lasting two and a half hours or thereabouts, please get in touch.

5.) A large gathering of futurists and transhumanists – in Paris

Immediately after our own Anticipating 2025 event in London in March, I considered whether to hold a similar two-day gathering in London in September. I’ve now taken the decision to wait until 2015 for the timing of any such conference. One reason for my change of mind is because I can see that plans are coming along nicely for a three-day conference to be held in Paris on 21-23 November. This conference is being organised by the French Transhumanist Association: Technoprog.

I encourage London Futurists to consider booking a trip to the City of Romance to coincide with that event. Here are some details from a recent posting on IEET:

The first international symposium on transhumanism in France

The conference will aim to reflect the multiple ways in which “human augmentation” can be put to the service of social justice. In almost all international conferences held so far about transhumanism, this question has never been the central issue, hence the importance of this meeting which held over three days in Paris in late 2014.

The U.S. transhumanist current is often criticized in France, even equated with an ultra-liberal movement. The French association Technoprog in turn promotes a more humanistic vision of transhumanism. Technoprog therefore invites experts to tell us how, in their specific approach, a transhumanist evolution and improvements to the biological condition can improve society. How can nanotechnology, biotechnology, information science, robotics, and cognitive science contribute to social improvement?  The organizers also want to give a voice to those who point to the risk of transhumanism and human enhancement increasing inequality or exacerbating social imbalances of all kinds.

The conference will be held in English, and French simultaneous translation will be provided to allow the public to follow all the discussions.

Among the guests that we plan and whose probability of participation seems fairly or very strong, we can already now include (in alphabetical order ≈):

If the thought of Paris in November strikes some of you as potentially slightly chilly, why not consider Santa Clara, California, in August? (Hint: pack your suncream and sunhat.)

SENS are holding RB2014 in this Silicon Valley location from August 21-23. It’s shaping up to be the world’s most important conference ever (so far) on rejuvenation biotechnology. Take a look at the speaker list here and the provisional program here. Note that one stream is designed to cater for those among us whose knowledge of biochemistry barely extends beyond knowing how to spell DNA. Other streams will witness cutting edge science and engineering.

This conference is an important further step in the transition of SENS (founded by Aubrey de Grey) from being on the fringes of medical research to being accepted as a key inspiration and leader of cutting-edge mainstream research.

To anyone who says that it’s awkward that this conference is taking place in far-away California, SENS point out that many people in America have previously said that it has been awkward for them to travel to Cambridge, UK, to attend the pioneering SENS conferences that have taken place in Queens’ College every two years since 2003. Santa Clara is a great location to attract many potential thought-leaders from Silicon Valley and beyond.

(As a coincidence, that helps back up what I’ve just said: I happen to be writing these words from the very same hotel in Santa Clara where RB2014 is going to be held. Some might say “It’s a small world”. Others might say “All roads lead to Santa Clara”!)

Finally, in case any of you haven’t seen it yet, I recommend that you take the time to watch this interview between Stephen Sackur, renowned TV interviewer from the BBC HardTalk series, and Aubrey de Grey. It’s another sign of changing public mood towards the possibility, and desirability, of rejuvenation biotechnology. See https://www.youtube.com/watch?v=DkBfT_EPBIo.